Welcome to 3DPI”s Beginner’s Guide to 3D Printing. Whether you are new to 3D printing technology or just looking to close a few knowledge gaps, we’re glad you stopped by. By now, most of us have heard, at some level, about the potential of 3D printing. But with this guide we are offering insights into the history and the reality of 3D printing — the processes, materials and applications — as well as measured thoughts on where it might be heading. We hope you’ll find this to be one of the most comprehensive 3D printing resources available, and that no matter what your skill level is, there will be plenty in here to meet your needs.

Are you ready? Let’s get started ! 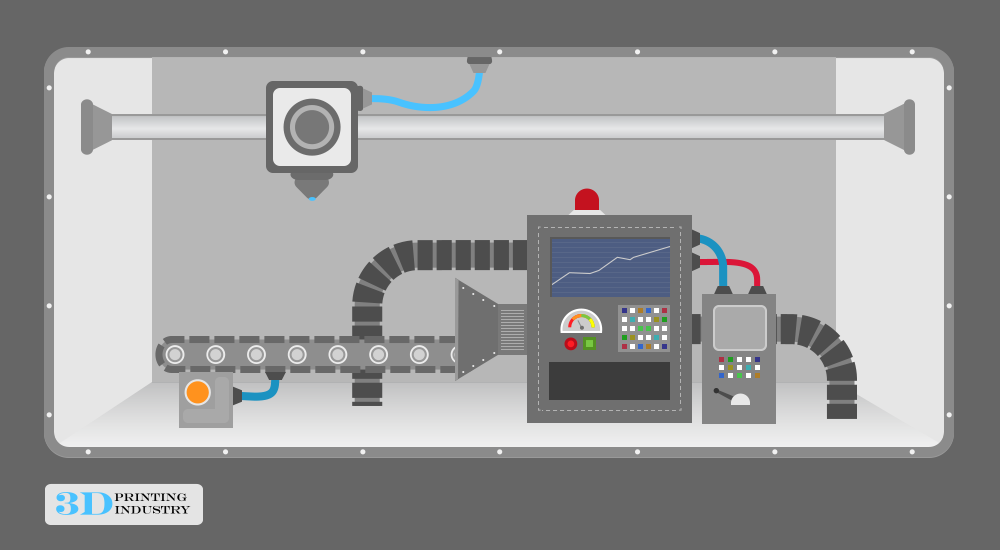 3D Printing — also known as additive manufacturing — has been quoted in the Financial Times and by other sources as potentially being larger than the Internet. Some believe this is true. Many others urge that this is part of the extraordinary hype that exists around this very exciting technology area. So what really is 3D printing, who generally uses 3D printers and what for ?

The term 3D printing covers a host of processes and technologies that offer a full spectrum of capabilities for the production of parts and products in different materials. Essentially, what all of the processes and technologies have in common is the manner in which production is carried out layer by layer in an additive process which is in contrast to traditional methods of production involving subtractive methods or moulding/casting processes. Applications of 3D printing are emerging almost by the day, and, as this technology continues to penetrate more widely and deeply across industrial, maker and consumer sectors, this is only set to increase. Most reputable commentators on this technology sector agree that, as of today, we are only just beginning to see the true potential of 3D printing. 3DPI, a reliable media source for 3D printing, brings you all of the latest news, views, process developments and applications as they emerge in this exciting field. This overview article aims to provide the 3DPI audience with a reliable backgrounder on 3D printing in terms of what it is (technologies, processes and materials), its history, application areas and benefits

Introduction – What is 3D printing ? 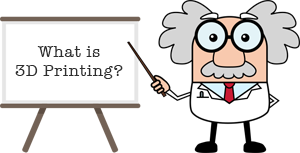 3D Printing is a process for making a physical object from a three-dimensional digital model, typically by laying down many successive thin layers of a material. It brings a digital object (its CAD representation) into its physical form by adding layer by layer of materials.

There are several different techniques to 3D Print an object. We will go in further details later in the Guide. 3D Printing brings two fundamental innovations: the manipulation of objects in their digital format and the manufacturing of new shapes by addition of material.

Technology has affected recent human history probably more than any other field. Think of a light bulb, steam engine or, more latterly, cars and aeroplanes, not to mention the rise and rise of the world wide web. These technologies have made our lives better in many ways, opened up new avenues and possibilities, but usually it takes time, sometimes even decades, before the truly disruptive nature of the technology becomes apparent.

It is widely believed that 3D printing or additive manufacturing (AM) has the vast potential to become one of these technologies. 3D printing has now been covered across many television channels, in mainstream newspapers and across online resources. What really is this 3D printing that some have claimed will put an end to traditional manufacturing as we know it, revolutionize design and impose geopolitical, economic, social, demographic, environmental and security implications to our every day lives?

There are a number of limitations to traditional manufacturing, which has widely been based on human labour and made by hand ideology rooting back to the etymological origins of the French word for manufacturing itself. However, the world of manufacturing has changed, and automated processes such as machining, casting, forming and moulding are all (relatively) new, complex processes that require machines, computers and robot technology.

However, these technologies all demand subtracting material from a larger block whether to achieve the end product itself or to produce a tool for casting or moulding processes and this is a serious limitation within the overall manufacturing process.

For many applications traditional design and production processes impose a number of unacceptable constraints, including the expensive tooling as mentioned above, fixtures, and the need for assembly for complex parts. In addition, the subtractive manufacturing processes, such as machining, can result in up to 90% of the original block of material being wasted. In contrast, 3D printing is a process for creating objects directly, by adding material layer by layer in a variety of ways, depending on the technology used. Simplifying the ideology behind 3D printing, for anyone that is still trying to understand the concept (and there are many), it could be likened to the process of building something with Lego blocks automatically.

3D printing is an enabling technology that encourages and drives innovation with unprecedented design freedom while being a tool-less process that reduces prohibitive costs and lead times. Components can be designed specifically to avoid assembly requirements with intricate geometry and complex features created at no extra cost. 3D printing is also emerging as an energy-efficient technology that can provide environmental efficiencies in terms of both the manufacturing process itself, utilising up to 90% of standard materials, and throughout the products operating life, through lighter and stronger design.

In recent years, 3D printing has gone beyond being an industrial prototyping and manufacturing process as the technology has become more accessible to small companies and even individuals. Once the domain of huge, multi-national corporations due to the scale and economics of owning a 3D printer, smaller (less capable) 3D printers can now be acquired for under $1000.

This has opened up the technology to a much wider audience, and as the exponential adoption rate continues apace on all fronts, more and more systems, materials, applications, services and ancillaries are emerging.